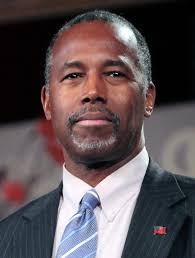 “We the People” – patriots, pilgrims, and prophets is the parent organization, a group dedicated to furthering the educational and transformational endeavors of Dr. Carson. Like our Founding Fathers, Ben Carson clearly understands that our Republican system of government can only survive with a well-informed and educated populace. He mentioned this in his book One Nation:

Our nation’s founders felt very strongly that our system of government
could only survive with a well-informed and educated populace. They
understood that if the populace reached the point of not being able to
critically analyze information, it would easily fall prey to slick politicians
and unethical news media. All citizens need to arm themselves with a
basic knowledge of American history and stay abreast of current events,
analyzing them with respect to history. Knowledge is power and at a time
when the people are becoming increasingly impotent while government grows larger and larger and more powerful, it is vital that we arm ourselves
with knowledge.

Sadly, Dr. Carson’ s candidacy was perhaps doomed from the outset because of self-absorbed and distracted citizenry that never knew, or has completely forgotten, the shared values that made America a great nation. The electorate has truly been brainwashed by a media that substitutes entertainment for objective news – where knowledge of the latest fad in popular culture outweighs a common-sense comprehension of the values underlying freedom. Too much of the electorate prefers raw, confrontational, vitriolic outrage to constructive discourse, common sense, and reason.

Ben Carson sought to enable the common people to stand up and speak out, by voicing their First Amendment rights, and by defending our God-given unalienable rights. He also sought to give a genuine voice to “We the People” as a candidate. Dr. Carson’s efforts before, as well as during his campaign, focused upon the foundation of America and the fundamental Judeo-Christian values at the core of the nation. The Citizen Sentinels seek to carry on this effort.

Our nation and its legacy of freedom are in trouble, but that should not come as a surprise. Ronald Reagan said that Freedom is never more than one generation away from extinction. Freedom has never been free – it always comes at a price.

On April 19, 1775, around 37 brave men and boys woke to the cries of alarm from riders like Paul Revere and William Dawes as they alerted the Minutemen to the danger that their military governor had dispatched troops against them. Sleepy boys and tired men got up from their beds, pulled on their clothing and boots, grabbed their muskets and powder horns, and made their way to Lexington green in the darkness and cool April air. No state senator called them to arms, no representative of a state legislature required them to go. They just took action.

In 2016, Americans are faced with a serious breakdown in the traditional political process. Increasing numbers of politicians appear quite willing to ignore the general will of the people, the Constitution, or both. Our leaders are demonstrating that political parties exist to perpetuate individual and special interest power – the needs of common citizens and the nation as a whole don’t matter to them. Party politics is being exposed by the “outsiders,” and it seems Americans once again must fight for their freedoms.

To counter such a breakdown of the traditional political process, the Citizen Sentinels are committed to helping American citizens return to our nation’s roots, and to channel the emotions of anger and discontent into something much more positive. A starting point is to rekindle the political faith of the American citizen, and that begins with reminding them of the core beliefs that Americans have always held dear.

On April 3, 1918, one year after the United States entered the Great War, at a time American men and boys were fighting and dying in Europe to “make the world safe for democracy,” William Tyler Page reminded Americans of their core beliefs with The American Creed. Page described The American Creed as a summary of the fundamental principles of American political faith as set forth in its greatest documents, its worthiest traditions and by its greatest leaders. It begins with what we believe:

I believe in the United States of America as a government of the people, by the people, for the people; whose just powers are derived from the consent of the governed; a democracy in a republic; a sovereign Nation of many sovereign States; a perfect union, one and inseparable; established upon those principles of freedom, equality, justice, and humanity for which American patriots sacrificed their lives and fortunes.

I therefore believe it is my duty to my country to love it, to support its Constitution, to obey its laws, to respect its flag, and to defend it against all enemies.

Please help by passing on this message to family, friends, and associates.

Please help us by identifying citizen-statesmen candidates who reflect the values and principles of Dr. Benjamin Carson.